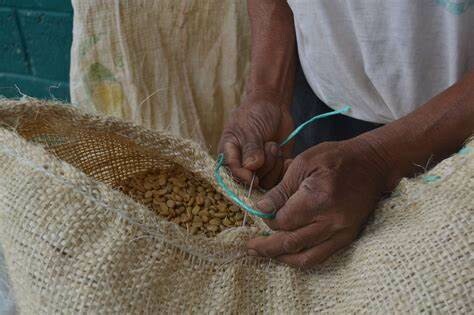 Flavours - juicy, with notes of peach and honey

Notes - A great all rounder and sutable for all brew methods. We love it as a in a cafetiere. Roasted to the darker side of medium.

Coffee was introduced to Mexico during the 19th century from Jamaica and since then the country has become the fifth largest producer in the world with an output of around 5 million bags per year. It is grown mainly in the southern states of Veracruz, Oaxaca and Chiapas. Around 75% of production takes place on small farms of less than two hectares and as such much of the country’s coffee is produced by cooperatives. In addition there are estate grown coffees, particularly in Chiapas, Mexico’s largest coffee producing state and it is from here where we source the fantastic Finca Muxbal.

In the local Mame dialect, Muxbal means ‘place surrounded by clouds’, and was the name chosen for a most unique coffee farm. It stands proudly on the slopes of the active Tacana volcano on Guatemala’s northern border. The farm is managed by mother and son team Maeggi Rodriguez and Jorge Gallardo. It was purchased in 1959 by Maeggi’s father, Don Enrique, a man who was very much a pioneer of his time. He introduced three key principles that remain as important today as they were then: social responsibility, environmental sustainability and the production of very high quality coffee.

The evidence of these three principles can be seen around the farm and tasted in the cup. The quality is really exceptional. The key varietals include Catuai, Caturra and Mundo Novo. Recently Pacamara has been introduced – an experiment of Jorge’s that could provide us with some interesting micro-lots in the future. Perhaps the wonderfully complex quality of this coffee is due to an altitude of 1,600 metres above sea level, or the rich and fertile volcanic soils, or the meticulous care and attention that Maeggi and Jorge take in all aspects of harvesting and processing – it’s most likely a combination of all of the above! In blind cuppings against very good coffees from Guatemala, El Salvador and Nicaragua, Muxbal has achieved higher scores than we might have expected for a Mexican coffee. If Mexico’s reputation for speciality coffee has often been muted then Muxbal really is a ruby in the dust.

The farm is Rainforest Alliance certified. It has been achieving an astonishing 100% in recent audits and was the first in Mexico to achieve such perfection. It is easy to understand why. The housing for permanent and temporary staff is clean and comfortable. The canteen is of a high quality – again, spotlessly clean where three nutritious meals are served for all each day. There is also a well-equipped school, which is open throughout the harvest for the children of the coffee pickers. Great emphasis is placed on all of the social needs of the people who work the land at Muxbal.

Much of the farm has been given over to a breathtakingly beautiful nature reserve – a gorge where icy mountain waters flow through a jungle that teems with life. To allow access to the farm, which stands on a plateau above the gorge, a feat of engineering has been achieved in the form of a road that has been carved into the cliff-face. The 4x4 climb up this winding track is absolutely not for the fainthearted but the brave are rewarded with a visit to one of Mexico’s best coffee farms.

Save this product for later

The Teesside Coffee Company are a Micro-Roastery based in Redcar in Teesside.

We roast 100% ARABICA BEANS, that are responsibly sourced.

Small-batch Roasting ensures the end product is of the finest quality and as we roast small amounts at a time it means the coffee available to purchase is very very fresh!

We sell Whole Beans, ground for ESPRESSO or FILTER. We also offer Green Beans if you prefer to roast your own.