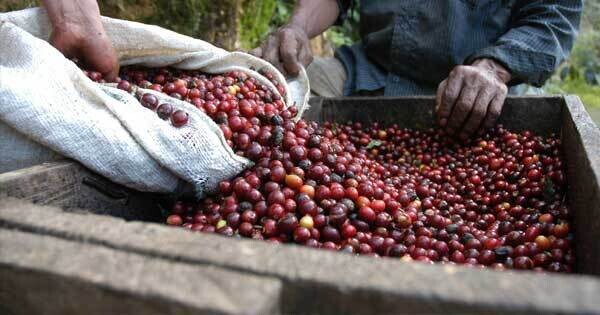 Notes - A great cofee for filter coffee but equally good as a fruity espresso. Roasted Medium.

The story starts at Finca El Morito, this was the first piece of land that Jose bought when he started out in 1994.The farm is located in the small village Morales, municipality of Mataquescuintla, department of Jalapa.
The farm has, in general, with an altitude from the 2000 to 2,350 mts over the sea level of the crop of coffee, with cooler temperate weather. Temperatures range from 7C to 25C, with an average of annual pluvial precipitation from 1,100 to 1700 mm.
The farm has 672 hectares, with coffee making up 98.0 hectares, pasture land 50.6 hectares and a forest of 523.4 hectares. Regarding conservation, almost all the forest is a natural forest of pine, cypress, Encino, pinabete, oak, zope, guachipilin, etc.
El Morito farm has its own nursery, with the purpose of have the quality control of the plant that is going to be used for the sowing of new areas and for the re-sowing of the old cropping areas. Its own nursery helps with good agricultural practices. For example, the manual management of molasses and the use of preventing phytosanitary products allowed by the agricultural authorities of the country.
El Morito farm works with many varieties, giving priority to the ones that are better adapted to the climate conditions of the region. The varieties that the farm has are Pache San Ramon, Catuaí, Bourboon, Maragogipe, Pacamara, Maracatu and Geisha.
The harvest is one of the most important steps in the process of coffee production, because this step affects all the success of the future production in the harvest area. In El Morito farm, in the new areas that will be cropped, we do not eliminate the native trees. The plantations are rather cropped under the trees, and the same ones are used as permanent shadow.
SOCIAL PROJECTS:
- Building support to the schools in Mataquescuintla Municipality.
- Medical Services to the workers.
- Monetary support with medicines to people who need it in Morales Town.
- Instituto Telesecundaria Aldea Morales building.
- Donations of toys to children.
- Support Bomberos Voluntarios in Mataquescuintla, Jalapa.
- Collaborations with people I need so their children can get primary and secondary education.
Jose's coffees often rank in the top 10 of the Guatemalan Cup of Excellence!
Save this product for later
Display prices in: GBP

The Teesside Coffee Company are a Micro-Roastery based in Skelton in Teesside.

We roast 100% ARABICA BEANS, that are responsibly sourced.

Small-batch Roasting ensures the end product is of the finest quality and as we roast small amounts at a time it means the coffee available to purchase is very very fresh!

We sell Whole Beans, ground for Espresso or Filter. We also offer Green Beans if you prefer to roast your own.